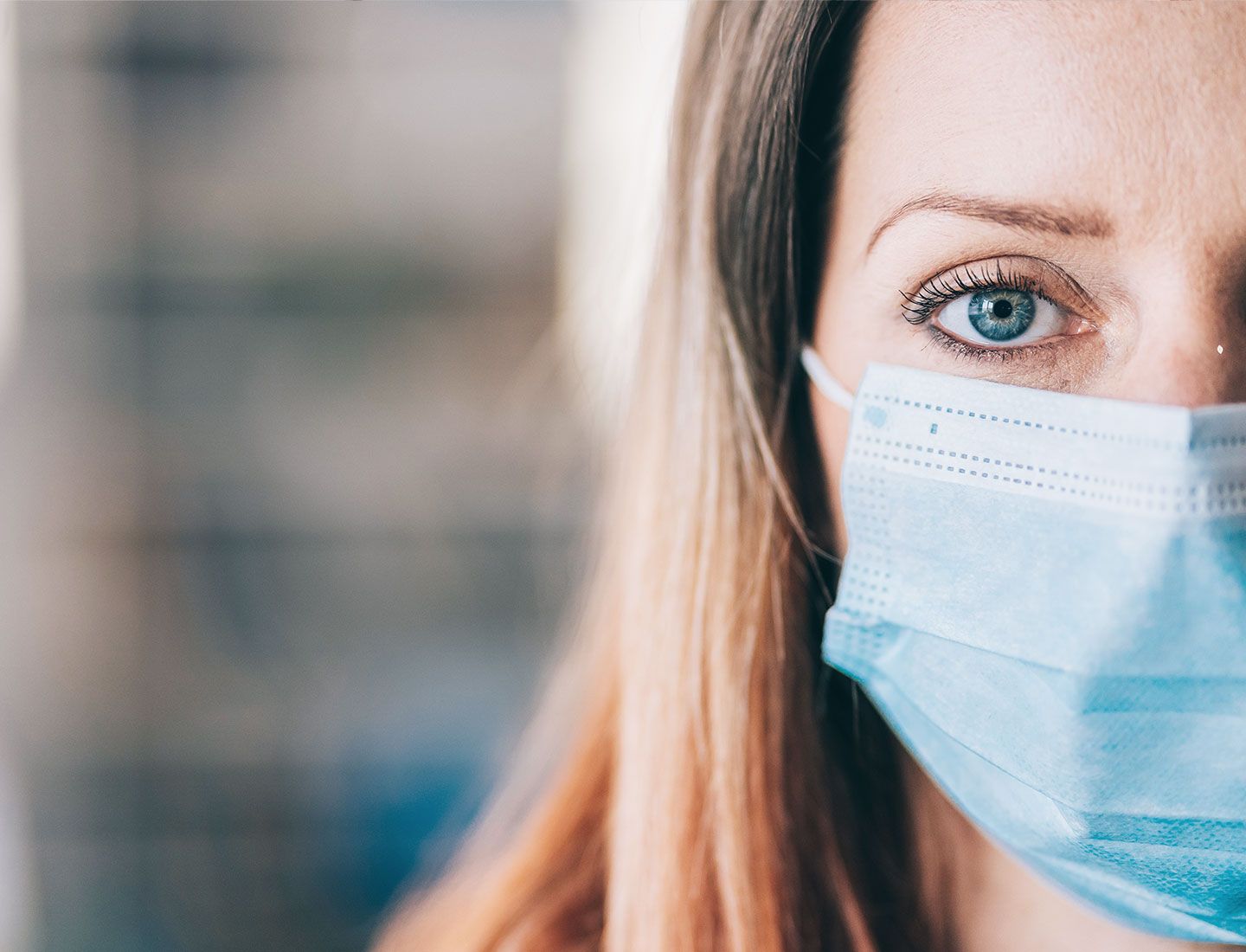 From the plague to COVID-19

A look at the history of epidemics and pandemics

What happened before COVID-19?

In the context of COVID-19, we frequently encounter the terms "epidemic" and "pandemic". However, epidemics and pandemics are not new phenomena. The term epidemic is used when a particular infectious disease occurs within a limited area and timeframe – and this is not rare. Even pandemics, which occur on a global scale and without a time limit, existed long before COVID-19. Along with Ralph Höger and Henrik Eßler from the Institute for the History and Ethics of Medicine at the University Medical Center Hamburg-Eppendorf (UKE), we take a look back at the long history of plagues to find out how epidemics and pandemics were handled at different times – and what parallels can be drawn to the present.
The plague

The plague is one of the most devastating infectious diseases in the history of the world. For centuries, numerous plague pandemics and epidemics have occurred, but in retrospect it remains unclear whether all outbreaks were caused by the same pathogen.

The bubonic plague, caused by the pathogen Yersinia pestis, raged most devastatingly in the mid-14th century. Known as the "Black Death”, it claimed around 50 million lives in Europe alone1.

Of particular interest: "What recurs in various epidemics and pandemics is the spread along the transport routes”, says Henrik Eßler. Accordingly, the plague in the 14th century also spread along trade routes and particularly affected busy ports such as Hamburg. To stop the outbreak, various measures were implemented, including the isolation of infected and suspected cases and the military sealing of city and national borders.

Smallpox was not a one-off disease either – there were recurring local and regional epidemic outbreaks over the centuries. How many deaths the disease caused altogether is hard to trace back today. However, in the 20th century alone, more than 300 million people worldwide died of smallpox2.

Of particular interest: The variola viruses, which are dangerous to humans, have been eradicated since May 8, 1980 – a unique achievement in the history of medicine. "Smallpox was the first major disease to be significantly suppressed by vaccination”, explains Henrik Eßler.

The groundwork for this was done in China and the Middle East. Here, Variolation was used, an early form of smallpox vaccination in which the pustule contents were systematically transferred between humans (inoculation).

It was Edward Jenner's vaccination technique that finally led to a breakthrough in the western world: in 1796, he infected a boy with cowpox in an experiment. He discovered that after overcoming the disease, the boy was immune to the far more dangerous human smallpox3. This is why the word "vaccination" is used today: Jenner derived it from "vacca”, the Latin term for "cow", since his vaccine was not based on the human smallpox pathogen but rather on the cowpox pathogen.

With vaccination, smallpox could finally be combated. "The state and the health service increasingly grew together in this process. From about 1800 onwards, medical statistics developed – the state knew how many people were living and dying, how healthy or ill they were", states Ralph Höger. Vaccinations were monitored as well, and in 1807 Bavaria was the first German state to introduce mandatory vaccination. However, this legal mandate for vaccinations was also accompanied by the development of an anti-vaccination movement. Even back then, bizarre conspiracy theories arose – some people feared, for example, that vaccination would turn them at least partially into a cow.

In the 19th century, cholera began to spread across Europe. Hamburg, among other places, was severely affected – in 1892, over 8,000 people died there in a major outbreak4.

Of particular interest: Lockdowns, as we know them today, did not initially exist in Hamburg – quite the opposite. "People feared declines in trade, so they tried to sweep the matter under the table; even when the outbreak was actually already in full swing", explains Henrik Eßler.

It was not until the doctor and co-founder of microbiology Robert Koch (* 11 December 1843; † 27 May 1910), who travelled to Hamburg on behalf of the Prussian Ministry of Health, that it was possible to put an end to cholera in Hamburg. He was able to detect the responsible bacterium and take effective countermeasures. In addition to strict hygiene measures, these included ship control stations in the port of Hamburg to prevent the further spread of the disease. One of these stations was headed by Bernhard Nocht, a cholera expert and student of Robert Koch. After the epidemic, further measures were taken to improve the hygienic conditions in Hamburg and prevent future epidemics. A filtration system for drinking water was built and a harbour physician was employed. Bernhard Nocht accepted this post in 1893 and was in charge of health and hygiene checks on the ships.

The Spanish influenza raged from 1918 to 1920 and claimed between 27 and 50 million lives worldwide in this relatively short period of time5. It was caused by the influenza virus, although this only became known later. "Viruses have only really been detectable since the 1930s", explains Henrik Eßler: "Researchers were often able to detect bacteria, but these were not the actual causative agent."

Of particular interest: Surprising parallels can again be drawn here – as the measures taken against the Spanish influenza were not unlike today's Corona rules. In the U.S., for instance, frequent handwashing or wearing a face mask was recommended.

HIV/AIDS is estimated to have claimed the lives of almost 35 million people worldwide – so far. The HIV/AIDS pandemic is far from over. In 2020 alone, 1.5 million people were newly infected6.

Of particular interest: This is where another important countermeasure often comes into action: "Health education is a very effective tool for fighting pandemics", says Ralph Höger. This involves spreading information about protective measures to the public – for instance, in the context of health education campaigns.

And today? We are currently amid another global pandemic. Over 4.5 million people have lost their lives as a result of COVID-197.

The current Corona pandemic is one of the greatest challenges of our time. Nevertheless, a look at the history of past pandemics and epidemics shows that we have increasingly been able to learn from our experiences. Thus, one thing is certain: whether it is health education, protective measures such as face masks, vaccinations, or hygiene measures such as hand disinfection – never in history have we been better prepared to take up the fight against a new pandemic.

About the exhibition "Pandemic – Retrospectives into the Present":

Further information can be found on the website of the Museum of Medical History Hamburg.

Ralph Höger, social historian, is a research associate at the Institute for the History and Ethics of Medicine, University Medical Center Hamburg-Eppendorf. His dissertation project deals with the topic of "Psychiatric understanding of healing (1840-1914)" using the example of psychiatry in Württemberg. Other research interests include the history of knowledge, the didactics of history, and theories and methods of historical scholarship.

Henrik Eßler, social and economic historian, is a research assistant at the Institute for the History and Ethics of Medicine, University Medical Centre Hamburg-Eppendorf and curator at the Museum of Medical History Hamburg. His dissertation project deals with the topic "Shaping illness. A professional history of moulage sculpture". Other research interests include visual and material cultures of medicine, hygiene discourses and biopolitics in urban development, as well as historical occupational research in the health sector.

We celebrate three female pioneers in the history of hygiene 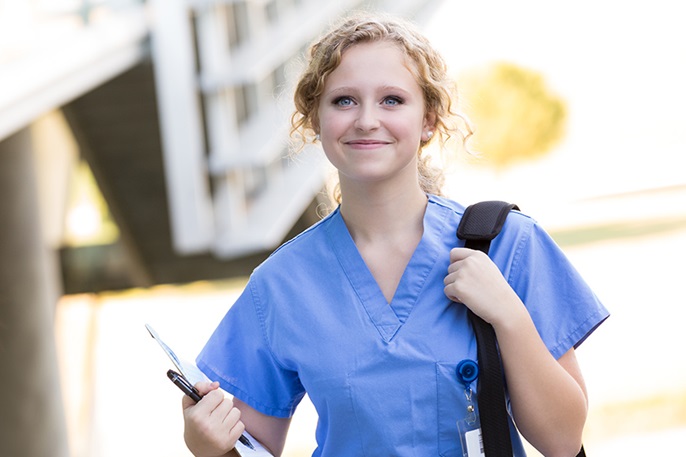 Learn more
The origins of healthcare 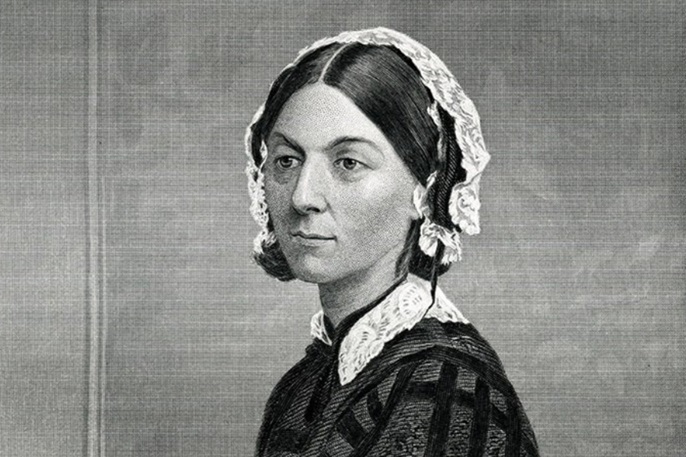 Learn more
On the 120th anniversary of his death

Following in the footsteps of Max von Pettenkofer 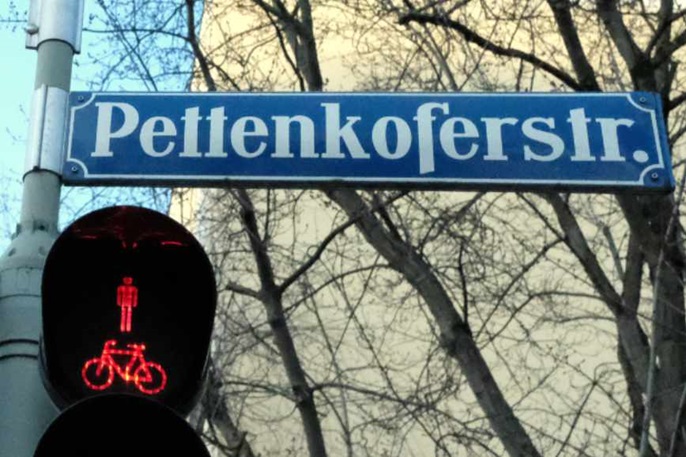