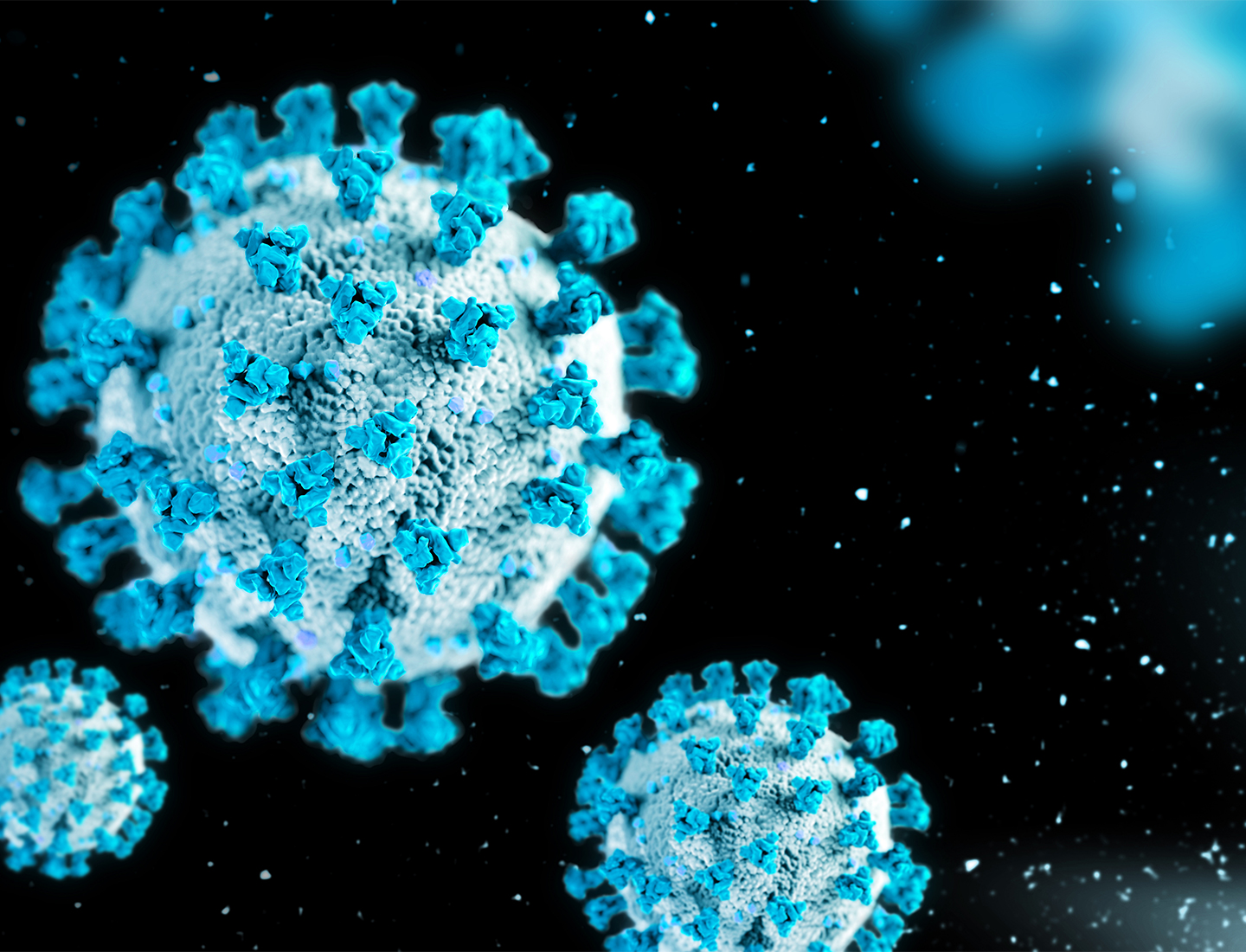 A journey into the world of microbiology

Viruses, bacteria, and fungi: the differences

These tiny microorganisms are responsible for a wide variety of diseases, from simple gastrointestinal infections to life-threatening pneumonia. Viruses, bacteria, and fungi have existed on earth since time immemorial and are sometimes quite troublesome for humans. But how do they differ? Are they regarded as living? What diseases do they cause? Do they simultaneously fulfil useful functions for humans? Let's take a journey into the world of viruses, bacteria, and fungi.

Flu, tuberculosis, ringworm, whooping cough, or HIV: the list of diseases caused by viruses, bacteria, or fungi is long. Although the pandemic has made people much more concerned with protecting themselves from dangerous germs, many are not aware of the differences between the different types of microorganisms.

Viruses and bacteria, for example, are still often mentioned in the same breath. However, there are a number of differences between them. Nearly the only similarities are that both occur almost everywhere on earth, can only be recognised under a microscope, and can trigger diseases. Other than that, viruses and bacteria actually have little in common. That makes it worth taking a closer look at their characteristics and differences.

A better knowledge of pathogens is ultimately useful for controlling and – above all – preventing viral and bacterial infections. In line with the topic of this article, 2022 marks a special jubilee for infection control professionals. This year, the APIC (Association for Professionals in Infection Control and Epidemiology), founded in 1972, celebrates its 50th anniversary. It is no coincidence that this year's International Infection Prevention Week in October was held under the motto "50 Years of Infection Prevention".

And yet another major event is currently bringing the topic of microorganisms back into focus: the World Antimicrobial Awareness Week (18 to 24 November). It is intended to draw attention to the dangers of multi-resistant germs and to promote a more conscious use of antibiotics. That presents a good opportunity to refresh our knowledge about viruses, bacteria, and fungi.

Let's start with the simplest and most "visible" distinguishing feature: size. While everyone has probably held an edible mushroom in their hand at some point or witnessed food in the pantry being attacked by pesky mould, viruses and bacteria cannot be seen with the naked eye.

But even the microscopically small organisms differ considerably in size. Viruses, for example, are only 0.025 to 0.35 micrometres in size. This makes them up to a hundred times smaller than bacteria. A special electron microscope is needed to look at them.

Bacteria, on the other hand, generally are 0.3 to 5 micrometres in size. This allows them to be easily viewed with a conventional light microscope. Individual fungal cells, by the way, are infinitesimally small compared to the rest of the fruiting body. On average, they measure between 3 and 10 micrometres [1].

Microorganisms have significant structural – i.e. "anatomical" – differences. Viruses, for example, have a relatively simple structure. Their core consists of the genome: the genetic material with genetic information. This material may be present as double-stranded DNA – like humans have –, single-stranded or as RNA. The genome is surrounded by a protein capsule called the capsid. Some viruses also have an outer shell, the so-called lipid membrane. We thus distinguish between enveloped viruses such as SARS-CoV-2 or herpes pathogens, and non-enveloped viruses such as the rota or norovirus.
Bacteria, on the other hand, have more complex structures and come in forms such as rods, spheres, or spirals. In contrast to viruses (which do not count as life forms), bacteria are unicellular organisms. They have their own metabolism and reproduce through cell division. Their genetic material floats freely inside the bacterium – the so-called cytoplasm – which is in turn surrounded by a cell wall. Thus, bacteria do not have a cell nucleus in the classical sense (as is the case with human or animal cells). Many bacteria have another special feature: their so-called flagella, which allow them to move independently.

Fungi are yet another form of life different from viruses or bacteria. Like animals or plants, they belong to the so-called eukaryotes. These are living organisms whose cells have a nucleus and a rich compartmentalisation. In contrast to viruses and bacteria, fungal cells therefore not only have a nucleus, they also contain other cell elements, such as the so-called vacuoles, in which nutrients, among other things, can be stored. However, although fungi are thus counted among the eukaryotes, they are by definition neither plants nor animals, but form a completely separate genus in the world of higher living organisms.

Where viruses, bacteria and fungi feel particularly at home

Viruses, bacteria, and fungi surround us everywhere: they’re in the air we breathe, the water we use, or on the surfaces we touch. Bacteria, for example, adhere to dust and dirt particles, live in soil, or are in food – and thus enter larger organisms. Some bacteria are true survival artists. Coliform bacteria, for example, can survive on surfaces for up to 16 months under the right conditions. Many other bacteria can survive for several days or weeks in their environment. Some of them can even do so under extreme conditions such as great heat or cold. And some don’t even need oxygen.

Viruses can also survive on surfaces for a long time. Noroviruses, for example, can survive for up to three weeks in certain situations. Unlike bacteria, however, viruses need foreign host cells for their long-term survival. They must penetrate human, animal, or plant cells, and then multiply. Without a host, they eventually die on their own.

Like bacteria, fungi also occur in different environments. Moulds, for example, like damp conditions, which is why they are often found in clammy walls, flowerpots, niches in the bathroom, or in food. Some fungi, however, feel at home on the skin and body, such as the Candida albicans genus. They are responsible for the infectious disease candidiasis (thrush) and usually enter the human body through food. On surfaces, Candida albicans can survive for several months in high humidity [2].

We have seen how viruses, bacteria, and fungi are structured, how they are classified, and where they feel particularly at home. Another important difference between them is how they reproduce. Viruses are highly unique in this respect. Since they do not count as living organisms and cannot reproduce on their own, they need a host, i.e. another living organism, to survive, as mentioned above.

After viruses have entered an organism, they introduce their own genetic information (the genome) into the cells of the host and thus reprogramme them. The host cells then produce new viruses and usually die afterwards. The newly produced viruses then go in search of new "victims" and the multiplication process begins all over again. Host cells can be, for example, liver and muscle cells, or our blood cells [3].

Bacteria and fungi reproduce differently. Like human cells, bacterial cells usually reproduce by cell division. This means that the cell copies its genetic material and then divides itself in half, causing a mother cell to split into two daughter cells, which then divide again [4]. Fungal cells also reproduce by cell or nuclear division. In addition, they can form spores that spread in the environment similarly to plant seeds. Under the right conditions, this leads to the growth of new fungi [5].

How microorganisms can make you sick

If small pathogens get into our bodies – e.g. if we eat contaminated food or breathe in particles from the air – certain viruses, bacteria, and fungi can cause illness. How does this happen? When viruses multiply, they reprogramme the body’s own cells – like white blood cells – and prevent them from performing their actual tasks, often destroying them in the process. This, in turn, can trigger various diseases – from simple flu to hepatitis, AIDS or Covid.

Bacteria, on the other hand, do not usually destroy cells during an infection. Instead, their metabolic processes in the body produce substances that are harmful to humans. The body’s immune system tries to fight and eliminate these substances and the invaded bacteria, which can lead to symptoms such as fever or vomiting. Known diseases caused by a bacterial infections include diarrhoea, tuberculosis, pneumonia, or various urinary tract and wound infections.

Protecting ourselves from harmful pathogens

It’s not that difficult to protect yourself from viruses, fungi, or bacteria. Most of us have already internalised the usual hygiene measures, anyway. Above all, regular hand washing (especially after using the toilet, before eating, and after coming home) and hand disinfection (for example, after using public transport or touching animals) help prevent most infections.

But with all the differences between viruses, bacteria, and fungi, you might be wondering whether you need a special disinfectant for each individual pathogen. Don't worry. Disinfectants such as Sterillium®* have a broad spectrum of efficacy (bactericidal, tuberculocidal, yeasticidal, and limited virucidal PLUS), which stops most pathogens, such as SARS-CoV-2, influenza or hepatitis B viruses for instance.

Only non-enveloped viruses such as polio or rotaviruses are somewhat more difficult to inactivate and therefore require a disinfectant with an efficacy of "virucidal" or "limited spectrum of virucidal activity", such as Sterillium® med*.

The benefits of microorganisms

As important as protective measures against pathogens are, most viruses, bacteria and fungi are harmless. For example, the human body hosts approximately 39 trillion microorganisms – or 39 followed by twelve zeros. The vast majority of these are useful. Many bacteria, for example, accomplish important tasks, such as helping us to digest our food or forming a natural protective layer on the skin. Only about one percent of bacteria cause diseases in humans [6].

Fungi also occur naturally on and in the body. Most people probably link fungi with unpleasant nail infections or athlete's foot. But like bacteria, fungi can also be useful to us. Yeasts, for example, are part of the natural skin flora. They live in the skin scales and feed on dead tissue particles. Fungi also benefit humans in medicine – for example, the antibiotic penicillin is made from fungi.

Even viruses are not always bad for the human organism. First of all, not all viruses in the human environment enter the body. Nor are all viruses that come in contact with humans actually pathogenic, i.e. "disease-causing". Recent research has even shown that some viruses regulate the intestinal flora and thus strengthen the immune system [7]. Nowadays, viruses are also occasionally used as therapeutic agents. In cancer therapy, for example, they can destroy tumour cells by attacking them and multiplying massively [8].

*Use disinfectants safely. Always read the label and product information before use.

“HWG”-Pflichttexte for our Sterillium® range in English and German, also below in the footer.

Viruses under the magnifying glass

How do viruses spread? 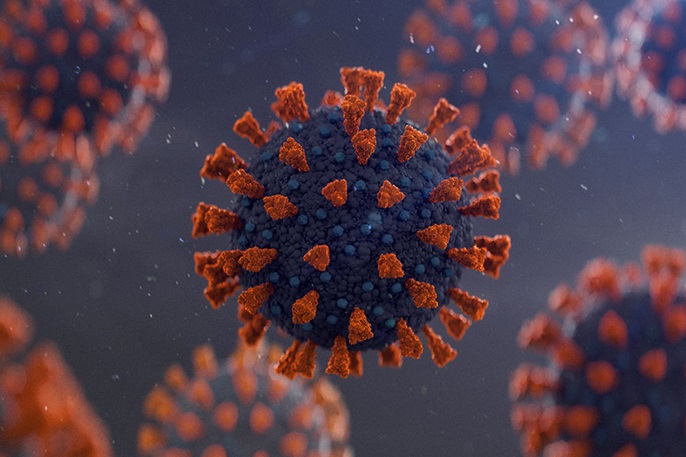 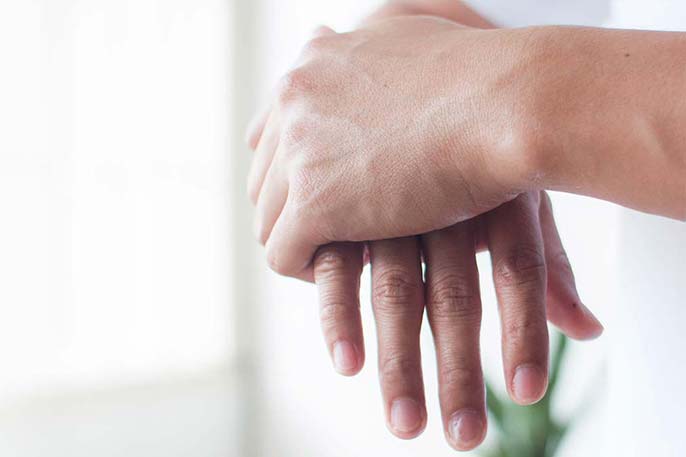 These are the everyday objects with the most viruses and bacteria 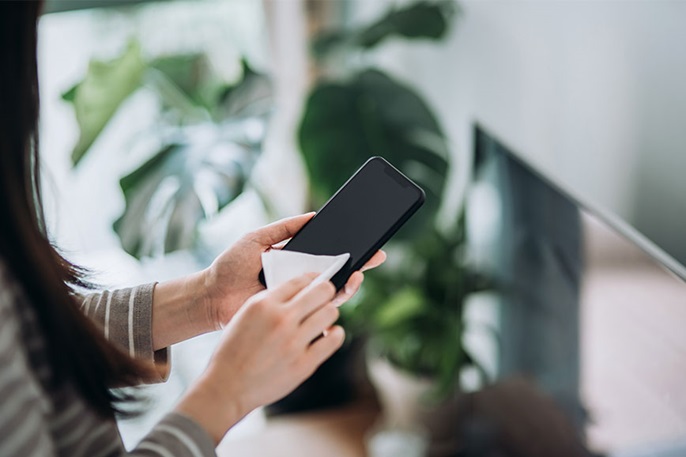